Research Shows These 5 Properties Of CBD Will Change Everything 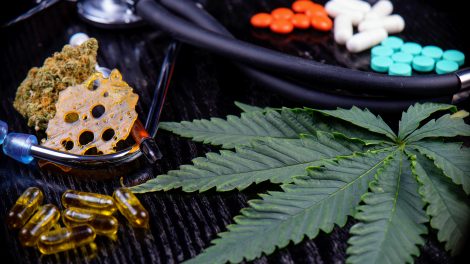 Posted at 16:32h in Health and Wellness by Mike Wong 0 Comments
0 Likes
Share

Until very recently, CBD has lived in the shadow of its infamous cannabinoid cousin, THC, which is widely known as the high-inducing compound in Marijuana. However, extensive research is now being conducted on CBD and its medical potential, which has opened the doors for antipsychotic, anticancer and anti inflammatory treatment options among many others. One after another, scientists are publishing studies that prove CBD is the most dynamic and useful of the cannabinoids as far as promotion of proper function of the systems of the body is concerned.

These are 5 of the most astounding properties of CBD.

Various studies have supported this claim.  Via Pro apoptotic action (apoptosis is how your body gets rid of cells that no longer work correctly, like dead skin cells), Cannabidiol, Tetrahydrocannabinol, Cannabigerol and Cannabichromene in that order are highly effective in reducing the growth of tumors in both rats and cancerous human prostate cells.  Research is still being conducted, but the most popular understanding is that these cannabinoids stimulate the body’s natural process of killing cells that are not functioning at their highest potential or that are functioning improperly.  Unlike traditional chemo, which is poison that kills both healthy and cancerous cells during a specific stage of replication, and thus only works as long as cancer cells are replicating more frequently than healthy cells, cannabinoids promote the body’s natural immune response to cells that are doing something other than what they should be doing normally, thus facilitating the eradication of tumors.

One of the most common reasons that people start using marijuana recreationally is because they recognize that in addition to its psychoactive tendencies, it also is a functional pain reliever. People who have issues with chronic pain especially are observed to rely on cannabinoid products to deal with their pain and eliminate the source of it, which is most commonly inflammation.  Inflammation is the body’s natural response to injury, flooding the area with blood and nutrients to aid in its rehabilitation.  However, inflammation opens a whole new range of secondary problems including pain and discomfort.  By stimulating the affinity of nutrients to the area that is injured, CBD causes a negative feedback to the inflammatory reaction, because the nutrients that inflammation would bring to the injury are already present.

Anxiety and PTSD have affected over 40 million adults in the USA. CBD oils and other products are now preferred over what are essentially the tranquilizers Valium and Xanax to treat this health condition. The effects of CBD are observed thoroughly by experts and various studies have proved its efficacy as a dependable option for mental disorders, as it is an α2-adrenergic receptor agonist and a 5-HT1A receptor antagonist, the two receptors in the human brain responsible respectively for mediating Adrenaline and Serotonin, both of which are related to anxiety, depression, insomnia, and many other mental disorders when they are imbalanced.

Phytocannabinoids have been found to possess enormous capacity to balance and augment our immune system. Cannabinoid products taken on a daily basis can do wonders to regulate the immune system through many mechanisms of action, most of which are related to increasing the body’s recognition of foreign and potentially dangerous entities, including cancer cells.

With chemically antispasmodic properties, CBD is hailed by athletes from every sport. Highly preferred as a supplement, CBD oils have been proven to suppress muscle spasms and overall soreness by “lubricating” the system of potassium and calcium pumps in muscle tissue.

There is an vast array of benefits of CBD, especially when it’s coupled with the entourage effect perceived when several cannabinoids enter the bloodstream simultaneously. Make sure you consult your doctor before treating diagnosed or undiagnosed diseases with doses of CBD. Diseases like diabetes, schizophrenia, epilepsy, etc. are some of the more severe diseases that can be treated by CBD, but only when it is used properly.

Try PROVIDA CBD now and get 10% off.  Use code: Provida10today