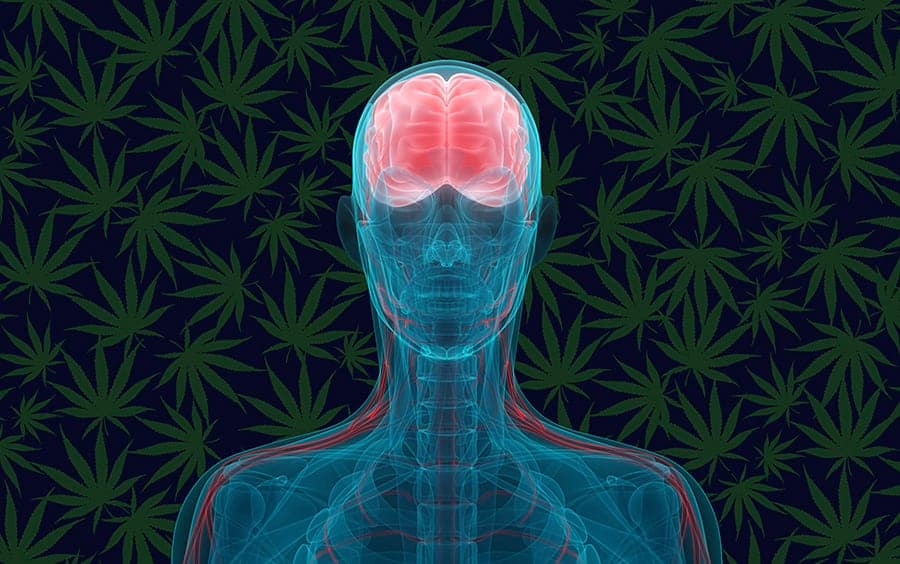 Last week saw the announcement that THCa, another molecule found in the cannabis plant, has neuroprotective effects. Apart from flying in the face of the belief that cannabis damages brain cells, why should we care whether something is neuroprotective or not?

The death of brain cells is a natural part of the ageing process. Cells die off and the body is also capable of making new ones through neurogenesis. But the older we get, the more susceptible we become to ‘inappropriate cell death’ through traumatic injury, environmental toxins, cardiovascular disorders, infectious agents, or genetic diseases. That’s why scientists are researching neuroprotective drugs to limit the damage caused to brain cells after acute events such as strokes, to slow down the progression of neurodegenerative diseases, and to even prevent unnecessary cell death from happening in the first place.

Different molecules in the cannabis plant called cannabinoids are being investigated for their neuroprotective action, but in order to understand why, let’s first take a look at why brain cells die off in the first place.

Just being alive and burning energy creates oxidative stress – damage caused by free radicals which the body cannot remove. Dr Anthony Mercola calls the result a sort of ‘biological rusting’ where there is too much oxygen in our tissues leading to a host of age related diseases such as chronic inflammation, cancer, neurodegenerative diseases like Alzheimer’s and Parkinson’s, autoimmune conditions, heart disease, and strokes.

Too much activity in the brain can cause neurons to die off. This is generally attributed to over stimulation by the neurotransmitter glutamate, a situation commonly found in many neurodegenerative diseases and following strokes.

Inflammation is usually a sign of the immune system going about its job of cleaning up after an injury or dealing with a foreign invasion such as a bacteria or a virus. However, too much inflammation can cause cell death. According to Gary Wenk, PhD, professor of neuroscience, immunology and medical genetics at Ohio State University, ‘PET imaging studies of humans have shown that after age thirty the brain gradually displays increasing evidence of inflammation. With advancing age, brain inflammation continues to worsen leading to a decline in the production of new neurons, called neurogenesis, that are important for making new memories’. 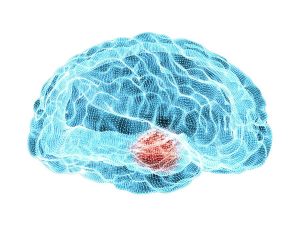 Scientists believe excess iron in the brain plays a role in degenerative diseases such as Alzheimer’s, Parkinson’s and amyotrophic lateral sclerosis (ALS). This iron build-up is may be part of the cycle of excitotoxicity and brain cell death.

While much is still to be learned about diseases such as Alzheimer’s, scientists now know that a common factor is the build up of proteins called beta-amyloid which form into plaques. It is thought these plaques may block cell-to-cell signalling at synapses and create excess inflammation as the immune system kicks in to attack the affected cells.

A protein called tumor necrosis factor (TNF) has also been found present in neurodegenerative diseases, and is further associated with excitotoxicity and high levels of glutamate.

With all these pathological changes occurring in conditions related to a degeneration in the brain, it would make sense that scientists are looking for a pharmaceutical magic bullet that can address each and every one of them. But what if they didn’t have to look any further than the cannabis plant?

Let’s get back to the most recent discovery regarding the neuroprotective qualities of THCA. First things first, THCA is the acid precursor of THC, the most well known and generally abundant compound in cannabis. If you picked the leaves and flowers straight off a cannabis plant, you’d find barely any THC, what you’d get instead is plenty of THCA. That’s because in order to become THC, THCA must go through some sort of heat process or decarboxylation.

Comparatively little research has been done on THCA. However, scientists do know is that it has no psychoactive effect and appears to be anti-inflammatory, anti-emetic and shows some anecdotal success in reducing seizures.

This latest research adds neuroprotection to the list. It studied the effect of the raw cannabinoid on cells and mice modified to elicit the symptoms of Huntington’s disease. In the cell cultures they found THCA caused an increase in mitochondrial mass as well as reducing cell toxicity, while in the mice, THCA improved their Huntington’s related restricted movement, prevented striatal degeneration and reduced the inflammation caused by the disease.

Scientists noticed that these effects were elicited independently of the endocannabinoid system, concluding, “THCA shows potent neuroprotective activity, worth consideration for the treatment of Huntington’s Disease and possibly other neurodegenerative and neuroinflammatory diseases.”

While this further strengthens the growing health trend towards consuming raw cannabis, in a laboratory setting acid cannabinoids can be quite hard to work with due to their instability and transformation into their decarboxylated versions.

What about the other cannabinoids?

One of the great mystifying contradictions in the world of medical cannabis is how on the one hand it is a schedule 1 banned substance deemed bereft of any therapeutic value and yet the United States Federal Government holds a patent for the plant’s principal cannabinoids based on their antioxidant and neuroprotective effects. Patent US6630507 states how cannabinoids are “useful in the treatment and prophylaxis of wide variety of oxidation associated diseases, such as ischemic, age-related, inflammatory and autoimmune diseases. The cannabinoids are found to have particular application as neuroprotectants, for example in limiting neurological damage following ischemic insults, such as stroke and trauma, or in the treatment of neurodegenerative diseases, such as Alzheimer’s disease, Parkinson’s disease and HIV dementia.”

Contradiction aside, this public proclamation based on obvious vested financial interests is hardly surprising when one considers that cannabinoids like THC and CBD provide a potentially unique multipronged approach to preventing, protecting and limiting the damage caused by strokes and neurodegenerative disease.

One of the key reasons being that THC and CBD as considered powerful antioxidants, on a par with vitamins C and E. Studies have found that cannabinoids can reduce the excitotoxicity associated with too much glutamate production as well as protecting brain cells against the damage caused by excessive iron.

Not only that, but cannabinoids have been found to promote the holy grail of the healthy ageing brain, neurogenesis, or the growth of new brain cells. Research has shown the administration of plant cannabinoids promoted hippocampal neurogenesis – new cell growth in the region of the brain associated both with memory and learning.

Cannabinoids have also shown promise in reducing the neuro-inflammation found in rodents injected with the amyloid beta protein which as discussed before can lead to neuronal cell death in Alzheimer’s.

And finally, CBD in particular is thought to limit the damage caused to the brain after a stroke by blocking the neurotransmitter, glutamate.

To put this into perspective, so far most neuroprotective drugs under research are based on single therapeutic targets. They aim to protect the brain by doing one thing at a time.

“This is one of the great advantages of cannabinoids,” says Javier Fernandez Ruiz, Professor of Molecular Biology specialising in neurodegenerative diseases at the Complutense University in Madrid. “They have a very wide spectrum and are extremely varied compared to other neuroprotective agents that have been researched until now. These have consisted of anti-excitotoxins to improve the glutamate homeostasis, antioxidants or anti-inflammatories. But what we know is that the various stimuli that cause cell death work together. In other words, where there is excitotoxicity there is oxidative stress, the proteins become oxidized, they lose their function, they form together to make plaques, which causes an inflammatory response. 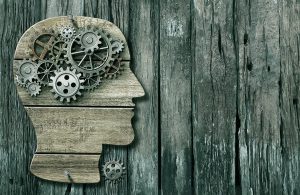 “We are not going to halt neurodegenerative diseases unless we have neuroprotective strategies that work together by reducing inflammation while at the same time being antioxidants, inducing autophagy in order to eliminate the protein build up, and returning the glutamate levels to normal.

So far, the field of neuroprotection pharmacological drugs is in its infancy both in medical cannabis research and further afield. However, the race is on to see who can crack the puzzle and find the combination of cannabinoids that will not only slow down neurodegenerative disease, but maybe even prevent us from getting them in the first place.