The Ultimate Guide to CBD and Sleep 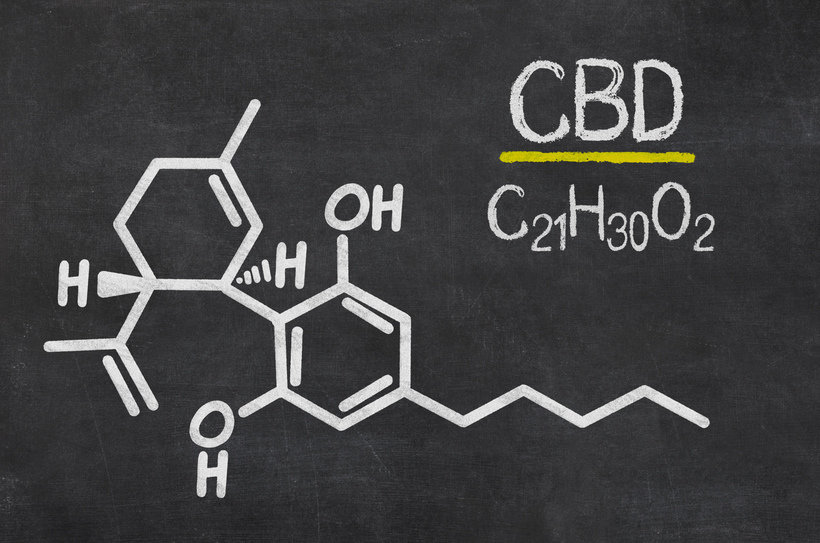 This is a topic I am asked about all the time, and have been for years: how does cannabis help sleep and health? I’ve heard that the number-two reason why people smoke or use cannabis is for sleep. Considering the recent passing of the recreational use of cannabis in California and other several states I think it is high time (pun intended!) to look at CBD, one of the most active ingredients in medical cannabis.

The cannabis plant is filled with hundreds of different compounds, several of which have been studied for decades for their therapeutic benefits. The cannabis compounds that have captured the most scientific interest are known as cannabinoids. Cannabinoids are now used in treatment for a broad—and growing—range of conditions and symptoms, from sleep and pain, to anxiety and inflammation.

Cannabidiol—or CBD—is a cannabinoid that’s available in supplement form, and has a number of possible uses, including help with stress and anxiety, pain, and sleep problems. Unlike medical cannabis, CBD is legal in all 50 states. Even if you live in a state where medical cannabis is currently not legal, you can still purchase and use CBD.

Cannabidiol, or CBD, is a chemical compound that’s found in the cannabis plant. There are multiple species of cannabis that naturally contain CBD.

Cannabis has been used medicinally for centuries, as a sleep aid, a pain and nausea reducer, to relieve anxiety and other mood problems. In the mid-1960s, scientists identified the first cannabinoid. Since then, scientists have gone on to identify more than 80 individual cannabinoids and continue to investigate them for their potential symptom-relieving and disease-fighting abilities.

They each have distinctly different effects within the body, and different potential uses for health and disease. Two of the cannabinoids that are most widely recognized for their medicinal value are THC and CBD. THC (tetrahydrocannabinol) is a chemical compound that delivers the “high” that occurs from ingesting marijuana.

CBD, on the other hand, has no “high” associated with it. Instead, this compound has calming, anti-anxiety, and anti-psychotic effects. In fact, CBD is sometimes used in combination with THC to counteract THC’s mind-altering effects.

CBD has captured a great deal of scientific attention for its health benefits. Along with THC, CBD is the most well researched of the cannabinoids.

CBD can be extracted from the cannabis plant. CBD is also made synthetically. Both extracted CBD and synthetic CBD are found in supplements and medications specifically developed to take advantage of this compound’s therapeutic abilities. CBD is produced in pill form, as well as in sprays, tinctures, and inhalers.

How does CBD work?

Scientists have made a lot of progress in understanding how CBD produces its calming, pain-reducing, anti-inflammatory effects in the body—and there’s still more to learn. We know that CBD interacts with many different receptors, proteins, and other chemicals in the brain. These interactions create changes in the activity of neurotransmitters, hormones, and other cells throughout the brain and body. Through these interactions, CBD appears to be able to affect many of the body’s functions, from sleep-wake cycles and emotional regulation to inflammation, pain perception, and seizures.

Our bodies actually produce their own cannabinoids, as part of what’s known as the endocannabinoid system. This system is involved in regulating many physiological processes, including mood, pain perception, appetite, and cognitive functions. CBD interacts in part with the body’s endocannabinoid system and its receptors.

According to a growing body of research, CBD may play a role in the growth of new brain cells, a process known as neurogenesis. CBD is also widely recognized as having anti-oxidant and anti-inflammatory abilities, which make CBD a promising therapy for a wide range of conditions, from neurological disorders to autoimmune diseases to chronic pain and depression.

CBD also works as an analgesic—a pain reducer—in the body.

Scientists are devoting a great deal of attention to CBD these days, and we’re continually learning more about the broad spectrum of benefits it may offer to health.

CBD has the ability to reduce anxiety, which can be helpful in reducing sleep difficulties and improving sleep quality. CBD may increase overall sleep amounts, and improve insomnia, according to research. CBD has been shown to reduce insomnia in people who suffer from chronic pain.

In smaller doses, CBD stimulates alertness and reduces daytime sleepiness, which is important for daytime performance and for the strength and consistency of the sleep-wake cycle.

CBD may help reduces REM behavior disorder in people with Parkinson’s disease. REM behavior disorder is a condition that causes people to act out physically during dreaming and REM sleep. Typically, during REM, the body is largely paralyzed, a state known as REM atonia. This immobilization keeps sleepers from reacting physically to their dreams. In REM behavior disorder, this paralysis doesn’t occur, leaving people free to move—which can lead to disruptive sleep and to injuring themselves or their sleeping partners. Cannabis may also work to reduce pain and improve sleep quality in people with Parkinson’s disease.

For depression and anxiety

Cannabis has been used for centuries to treat nerves and anxiety, as well as other mood problems. CBD may help to improve both depression and anxiety, at least in part through its interactions with serotonin receptors in the brain. Research shows that CBD can reduce both mental and physical symptoms of anxiety. A study of CBD given to people before a public-speaking event indicates that CBD can help reduce stress—this and other research has shown that CBD can be an effective treatment for social anxiety.

Scientists are also studying the possible benefits of CBD for bipolar disorder.

CBD has been recognized as having anti-psychotic effects. CBD appears to reduce the psychotic symptoms of schizophrenia, and may offer a significant new treatment for this and other mental disorders.

The body’s own endocannabinoid system is involved in managing pain perception. CBD is used in the treatment of pain in many different forms, including chronic and difficult-to-treat pain that’s associated with headaches, migraine, arthritis, and multiple sclerosis.

One of the most promising uses for CBD is as a treatment for epilepsy. Scientists have recognized for many years the anti-seizure capabilities of CBD. Recently, CBD has been shown effective in people whose epileptic seizures are resistant to other treatments.

There’s promising evidence that CBD may be useful in treating substance use disorders, including addiction to opioids, cocaine and amphetamines, cannabis, and nicotine. One study demonstrated CBD could reduce by 40 percent the number of cigarettes consumed by smokers trying to quit.

For neuroprotection and neurodegenerative disease

CBD is showing real promise as a compound that can contribute to protecting the brain, thanks to its anti-oxidant and anti-inflammatory abilities. Scientists are investigating its role in neurogenesis and its ability to help the brain heal from injury, and as a treatment for neurodegenerative disease. Research suggests that CBD may help to reduce brain damage from stroke or other neurological injury. And CBD is increasingly looked to as a possible therapy for several neurodegenerative diseases, including Parkinson’s, Alzheimer’s, and multiple sclerosis.

CBD is being examined closely for its possible role in cancer treatment, on number of different fronts. It can be effective in reducing pain and nausea in cancer patients. CBD can also stimulate appetite.

CBD is sometimes used in conjunction with the cannabinoid THC. Used together, CBD can counteract the “high” effects of THC. This can allow people to take advantage of the therapeutic benefits of THC without experiencing the psychoactive “high” that comes from this cannabinoid.

CBD: what to know

Always consult your doctor before you begin taking a supplement or make any changes to your existing medication and supplement routine. This is not medical advice, but it is information you can use as a conversation-starter with your physician at your next appointment.

The following doses are based on amounts that have been investigated in scientific studies. In general, it is recommended that users begin with the smallest suggested dose, and gradually increase until it has an effect.

A range of doses from 10mg to 600mg and higher amounts has been studied in scientific research, for sleep problems, anxiety, depression, stress, and other conditions.

Possible side effects of CBD

People with the following conditions should consult with a physician before using a CBD supplement:

· Parkinson’s disease. High doses of CBD may exacerbate muscle tremors or other muscle movements in people with Parkinson’s.

Interactions with other supplements:

Rich in CBD, cannabis has been used for centuries to fight illness, improve sleep, and lower anxiety. Today, our understanding of the potential benefits of CBD is growing by leaps and bounds—more and more, CBD is seen as a powerful disease-fighting agent. Thanks to decades of scientific investigation, it’s now possible to get the benefits of CBD in supplement form.