Top 10 Cannabinoids And What They Do 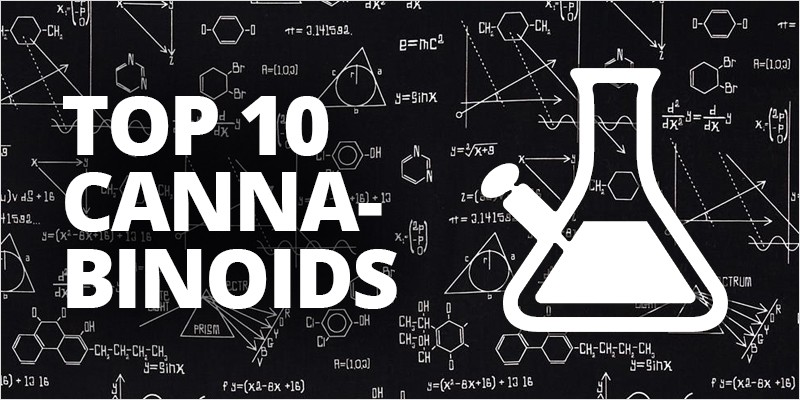 20 Mar Top 10 Cannabinoids And What They Do

What is a cannabinoid? 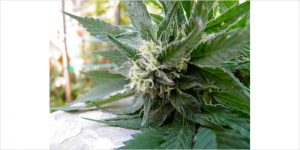 The term “cannabinoid” refers to  one of a number of chemical compounds found in the weed plant. If we want to get technical about things, the proper name for these plant-based molecules is “phytocannabinoid”. When you smoke or ingest marijuana, these are the chemicals that interact with cells in your body to produce medical benefits. 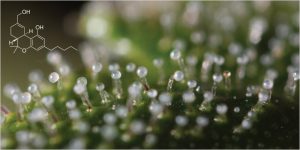 THC is the abbreviation for Delta(9)-tetrahydrocannabinol. As most cannabis lovers probably know, THC is the primary psychoactive compound in marijuana. It’s what creates the high feeling weed has become so famous for. 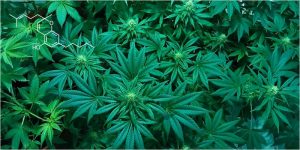 CBD, short for cannabidiol, is the second most famous cannabinoid. Like THC, the list of medical benefits of this cannabinoid just keeps getting longer. Unlike THC, CBD is non-psychoactive. It’s also now legal in more states than its more controversial counterpart.

Once mainstream media learned that CBD had medical value, a whirlwind of cannabis research ensued. Just to give you a quick summary, here are a just a handful of conditions CBD can treat:

This is just a small glimpse into the world of CBD.

Also known as Cannabichromene, CBC is the third most common cannabinoid in the marijuana plant overall. In some strains, CBC may even take dominance over CBD. Like CBD, cannabichromene is non-psychoactive. Here’s what you can expect from CBC:

CBC is effective at fighting inflammation on its own, but 2010 research has found that it’s even more effective when combined with THC. This finding helps support the idea that cannabinoids work synergistically with each other. While scientists have been successful at finding and isolating over 100 different compounds in the marijuana plant, the strongest medicine is created when different components work in harmony with one another.

In the science world, there’s a sure-fire way to test if a rodent is depressed. You suspend it by its tail and watch to see how much it struggles to get away. The more it struggles, the more elevated the mood of the mouse. This test is known as the Tail Suspension Test (TST). Researchers from the University of Mississippi found that mice treated with CBC struggled significantly more than mice treated with other cannabinoids.

The amount the mice struggled also depended on how much CBC they were given. Mice given 40mg of CBC struggled less than mice that were given 80mgs.

In a review of cannabinoid literature, author Ethan Russo reported that CBC was mildly anti-fungal.

A 2013 study found that CBC may actually help you grow new brain cells. Regardless of your age, cells in certain portions of your brain continue to grow through a process known as neurogenesis. The portions affected are responsible for memory and learning. You run the risk of developing diseases like Alzheimers when your brain stops developing new cells in these areas.

Short for Cannabinol, this cannabinoid emerges when you’re dried flower has gone a bit stale. THCa breaks down into this compound over time. If you leave some bud out sitting out in the open air for too long, you’ll eventually have a product with larger amounts of CBN. CBN has been found to have these medical properties:

CBN was one of the three cannabinoids identified by Italian researchers as being effective against antibiotic resistant MRSA infections.

A study conducted in 2005 found that CBN delayed symptom onset in mice that were genetically designed to have a rodent version of Lou Gehrig’s Disease. Lou Gehrig’s disease is also known as Amyotrophic Lateral Sclerosis (ALS). These findings show that CBN may be effective at easing symptoms for patients with degenerative, motor neural diseases.

As early as 2002, Sweedish researchers found that cannabinol has strong pain-relieving effects. Interestingly enough, CBN and THC were the only cannabinoids that fought pain through the release of endorphins and by relaxing tense blood vessels.

Featuring strong anti-inflammatory properties, research from 2003 found that CBN stopped allergy-related asthma in mice. The cannabinoid achieved this by boosting the rodents’ immune systems and easing the inflammation associated with an asthma attack.

Berkeley-based Steep Hill Labs has claimed that CBN may be the most sedative of all of the cannabinoids. The cannabis testing and research laboratory stated that a good dose of CBN is equivalent to 2.5 – 5mg of pharmaceutical sedative diazepam. Diazepam is also known as Valium.

Along with THC, CBN was effective at lowering the ocular pressure which produces blindness in glaucoma patients. This cannabinoid’s ability to decrease ocular hypertension may also point medical professionals in the right direction when it comes to understanding marijuana’s effect on blood pressure overall. 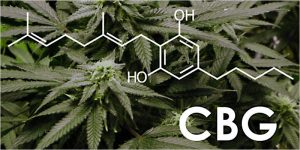 CBG is short for cannabigerol. This cannabinoid is found early on in the growth cycle, which makes it somewhat difficult to find in large quantities. CBG, however, is non-psychoactive. This means that it can be cultivated via hemp. The medical potential of CBG makes it a prime target for research these days. Here’s what the science says so far:

Cannabigerol was another one of the cannabinoids tested on the MRSA virus in 2008. As far as antibiotic properties go, CBG was stronger than CBN and comparable to CBD. CBG is also known to be mildly anti-fungal. Research as early as 1982 found that isolated CBG is antimicrobial and kills various types of bacteria and fungi.

This cannabinoid just-so-happens to be good for your skin. Not only does it help prevent the reddening of the skin, but it’s been shown to have therapeutic potential for skin conditions like Psoriasis.

CBG is reportedly a more potent pain reliever than THC.

Back in 1998, Korean researchers found that CBG was effective at slowing the growth of cancerous cells in the mouth. More recent research published in the British Journal of Pharmacology found that CBG also had mild anti-tumor effects in prostate cancer cells. The study focused on non-THC cannabinoids. While CBG did have an effect on tumor growth, it was CBD that really shined through as a potential treatment for prostate cancer.

As early as 1975, researchers found that CBG prevented the uptake of amino acids that help regulate mood. The amino acid in question, GABA, was better regulated by CBG than THC or CBD.

Further studies have shown that CBG is a moderate anti-depressant, working to increase serotonin levels in your brain. The antidepressant effects of CBG were first found in 2006 in by Richard Musty and Richard Dayo who tests conducted on lab rats. 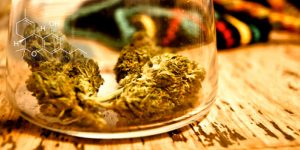 Short for tetrahydrocannabivarin, THCv is another cannabinoid that works in tandem with THC. Some studies cite that THCv has about 20% the psychoactive capacity as THC,  but recent research has shown that THCV actually mitigates some of the negative psychoactive impacts of THC. THCv’s medical properties include:

If you’re familiar with smoking weed at all, then you know that you might be a little slowed down after smoking a high-THC strain. This is where THCv comes in handy. Smoking a strain high in THCV may help mitigate some of the short-term memory and speech impairment that goes hand-in-hand with being a little too high.

There have been several studies that highlight the appetite suppressant effects of CBD, but more and more research is coming out linking THCV and weight loss. A paper published last year by C4 Laboratories in Arizona cited evidence that THCV decreased body fat and boosted energy metabolism in mice. 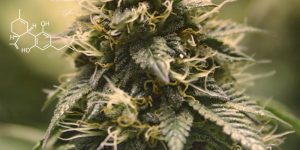 CBDv is short for cannabidivarin. So far, not a whole lot of research has been done on CBDV. But, what little is out there looks extremely promising. CBDv is very similar to CBD, but it is a slightly degraded version of the cannabinoid. This changes the shape of the molecule in small but significant ways. These are a couple of the benefits CBDv can provide:

This patent comes after a wave of research published back in 2012 and 2013. Two separate studies isolated CBDv as a strong anticonvulsant. The first study published in 2012 found that the cannabinoid stopped seizures in mice and rats. The second studyalso looked at rats and confirmed the first study’s findings. Studies from 2014 and on continue to corroborate this information.

CBDv may also prove useful for patients with stomach or gastrointestinal issues. 2013 research out of the University of Ontario found that the compound is one hell of a nausea-fighter. Scientists found that nauseated behavior was significantly reduced in rats treated with both CBDv and THCv.

The THC that many of us have come to know and love is known as Delta(9)-THC. This version is slightly different. Delta(8) is less psychoactive than “regular” THC in adults. Some resources claim that Delta(8) may have neuroprotective and anti-anxiety properties, making it an interesting companion to the more notorious psychoactive. However, more research is needed to confirm just how this particular compound acts inside the body. Here are a couple of additional benefits you can expect from delta(8)-THC:

You might have thought that the familiar delta-9 THC gave you the munchies, but apparently it doesn’t compare to delta(8). An experiment on mice found that delta(8) increased the rodents’ appetite significantly more than delta(9).

Back in 1995, 8 children with cancer were treated with delta(8)-THC during the course of chemotherapy. The results of the study were actually a little odd. While nausea and vomiting were reduced in all cases, delta(8)-THC also did not produce any psychoactive response in the children. Their ages were between 2 and 13-years-old.

THCa and CBDa are the compounds found it marijuana before it is decarboxylated, or “decarbed”. These cannabinoids are found in raw cannabis, and can be eaten as a nutritional supplement or applied topically. You cannot smoke or inhale THCa or CBDa. Once you take heat to these two acids, you convert them from an acid to forms that are slightly more broken down.

Dr. William Courtney has spearheaded the raw cannabis movement. In his opinion, cannabis is a dietary necessity. The superfoods of all superfoods, if you will.

As per his medical expertise, raw marijuana has several properties as a nutritional supplement, just to name a few:

In case you haven’t noticed, this plant is a medicinal gold mine. The 10 cannabinoids outlined here are only the tip of the iceberg when it comes to marijuana research. In all, there are over 400 unique chemical compounds in the marijuana plant.

The individual compounds studied so far have not only wowed researchers with their medical potential, but the scientific community is further amazed by how these chemicals work together in harmony.